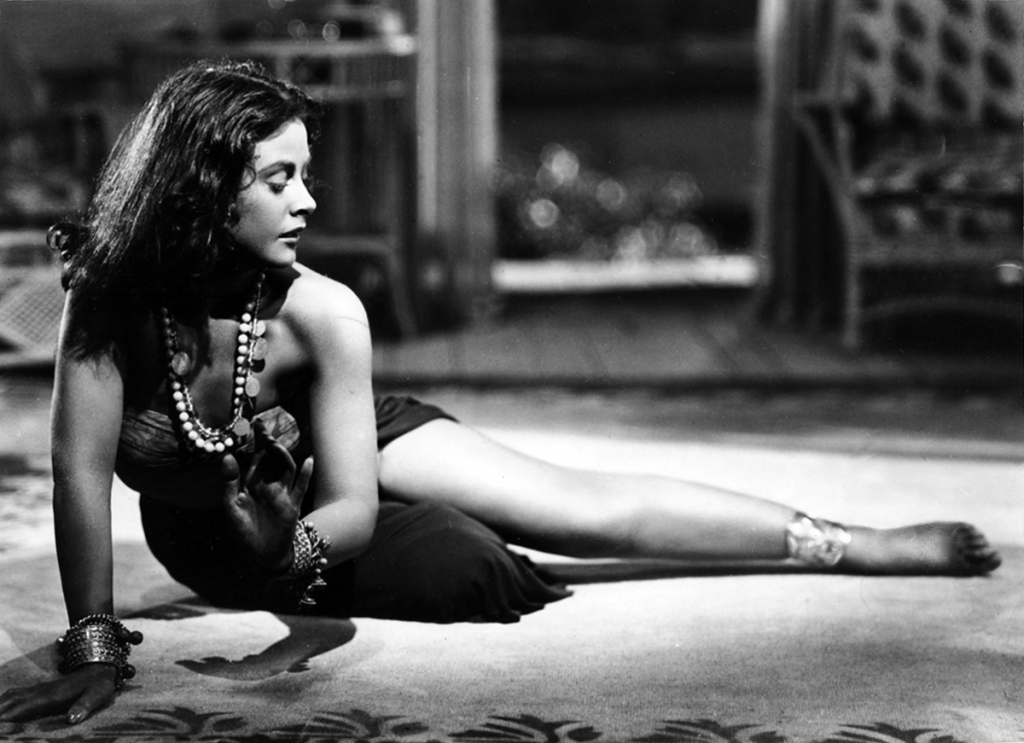 1942. Hedy Lamarr covered in brown make-up as Tondelayo in White Cargo. She appears in a series of padded bikini bras and sarongs, marketed as “90% allure, 10% sarong – adds up to LURONG.” The movie is a titillating and shamelessly exploitative affair, presumably aimed at America’s brave boys. At least ten World War II aircraft are christened Tondelayo and the line “I am Tondelayo” becomes a household catchphrase. Bosley Crowther, reviewing the movie in the 29 November issue of The New York Times, is scathing: “Miss Lamarr, stained the color of a bookcase, is not much more exciting than same … the film is just old-fashioned twaddle.”