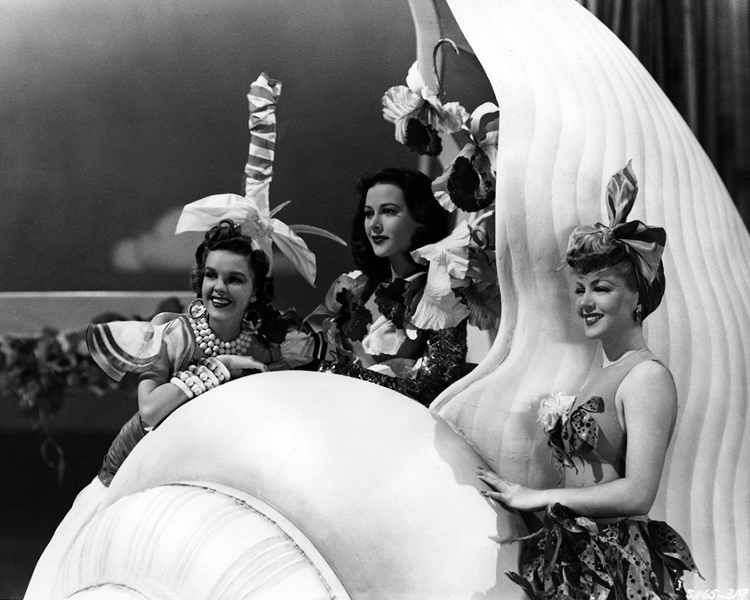 1940. Here’s Hedy Lamarr alongside her co-stars, Judy Garland and Lana Turner. Looking back to the making of Ziegfeld Girl, Judy would often recall how when Lana came bouncing onto the set, the technicians would whistle. When Hedy passed by, they would sigh and stare longingly. And when Judy herself appeared, it would be a simple hello.

Ziegfeld Girl is MGM’s musical extravaganza of 1941 (the stills are shot the previous December). The plot is pretty preposterous but such a shortcoming pales into insignificance beside the glamorous actresses, spectacular costumes by Adrian and lavish dance numbers. Ziegfeld Girl does for Lana’s career what Algiers did for Hedy’s a few years earlier. Everyone’s happy.