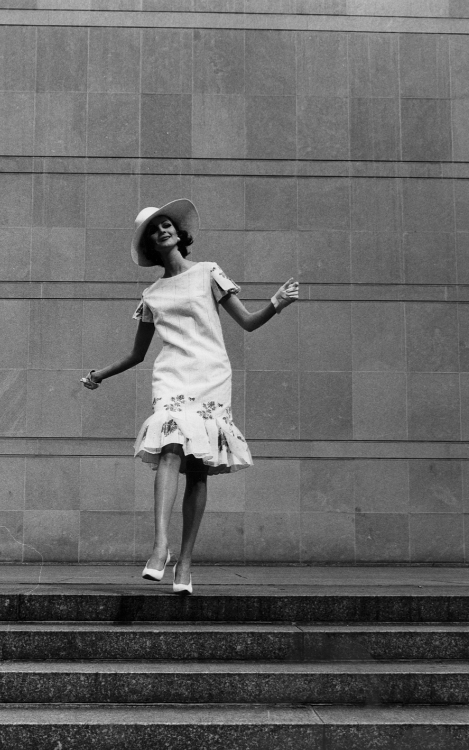 Chicago, 1962. According to the dealer who disposed of Kenneth Heilbron’s estate, this is part of a shoot commissioned by Jean Neal, the fashion editor of the Chicago Sun-Times. Apparently it was completed in a single day and took in shots in the French Village, outside the El Grifon nightclub and at Chicago’s Art Institute. Some of the results were used to illustrate an article about Wilhelmina in the newspaper’s May 20, 1962 Sunday supplement. Photo by Kenneth Heilbron.