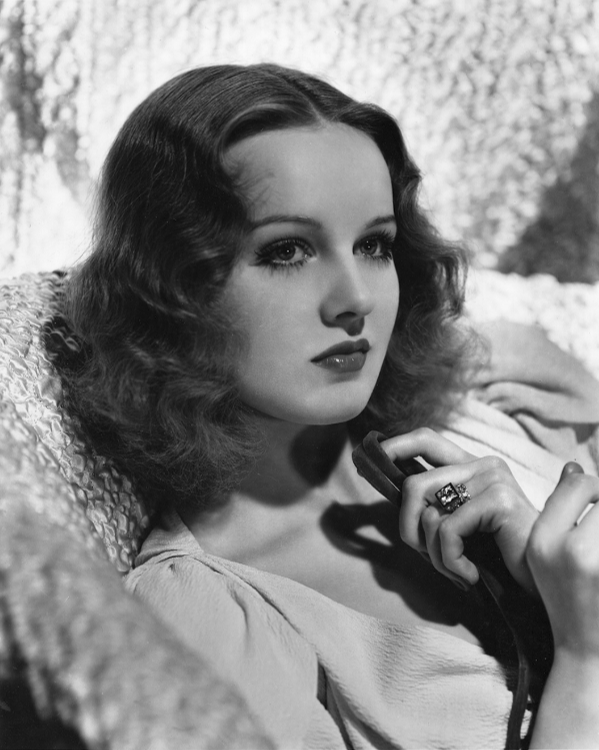 1939. Pretty Helen Gilbert is getting the star treatment from MGM. Having made her screen debut in Andy Hardy Gets Spring Fever she’s being touted as “the new personality” in the trailer for The Secret of Dr Kildare. But she makes a fatal mistake.

Hot on the heels of her divorce in November from her first husband, orchestra leader Mischa Bakaleinikoff, she gets involved with inveterate womanizer Howard Hughes. The entanglement may have cost her a leading role in The Wizard of Oz, according to an article by Lou Lumenick on the website of the New York Post:

Shortly after a young MGM contract player named Helen Gilbert was cast as Glinda, the inveterate girl-chaser Howard Hughes spirited her away for a fling … Gilbert was suspended, and the studio, which had been building her as a leading lady, allowed her contract to lapse after 1940.

Another one bites the dust. But the truth is that Helen’s love life will leave little room for her career. She will feature more in gossip columns than onscreen, and she will be known mainly for her affairs, her seven marriages, her separations and divorces. Her husbands will include Johnny Stompanato, the notorious gangster stabbed to death by Cheryl Crane, the teenager defending her mother, Lana Turner, during a violent attack. Police intelligence records quoted in the August 1958 issue of Modern Screen describe Stompanato’s modus operandi:

He acquaints himself with females of wealthy means. He courts them and after he is deeply involved borrows money and never repays the loan. When the victim’s money is dissipated, he becomes interested in another woman. Usually he frequents expensive night spots to meet wealthy female types.

It all started out so promisingly. Here’s Helen discussing her career to date in an article in the November 1939 issue of Silver Screen:

Here is the one who didn’t want to be an actress, never once thought of being an actress, because she was a cellist and all her background was music, just nothing but music. Helen Gilbert was born in Warren, Ohio, went to school in Minneapolis and in Superior, Wisconsin. Her father, Vaughn Gilbert, was a concert pianist and a music publisher. And Helen studied violin and piano and then, one day, heard Pablo Casals play The Swan on the cello and knew what she wanted to be!

“I’ve never deviated from that wanting,” Helen told me (you may note that not one of the four ever deviated once they found their Ambition). “I studied cello in Minneapolis. Then I went to Philadelphia, played for Felix Salmon, the great English cellist there, and won a scholarship to the Curtis Institute of Music. I graduated with honors and then I began to make a little name for myself, in concert, as a soloist, as guest artist on some coast-to-coast broadcasts.

“Then my mother became ill, lung trouble, and a warmer climate ‘was necessary. I came to Hollywood with her.

I felt, then, that the most terrible thing in the world had happened to me – my mother’s illness, having to leave my work and come to Hollywood where, I knew, I would have to take a job in some orchestra, and give up my career on the concert stage, as soloist. I did play, as soloist, with the Los Angeles Philharmonic but such opportunities are very few out here and very soon I had to take a job with the orchestra at Columbia Studios. I began to lose my ambition and my dreams, playing Yankee Doodle, plunk, plink, plunk, fifteen hours on end. Then my mother passed away … and, two years ago, I married. My husband is a Russian. He is assistant to Morris Stoloff, musical director at Columbia. Well, I played in the orchestra here at M-G-M, too. I’ve watched most of the famous actresses upon the screen of the darkened sound stages while our music was being cued in to atmospheric backgrounds. But I was a part of my instrument, that’s all. Becoming an actress myself never once occurred to me! I am a rabid movie fan. I never miss any picture. But I have always been a fan, never movie-struck for myself.

“Then, one day. Director ‘Woody’ Van Dyke happened to come on the sound stage where we were recording Sweethearts. He looked at me, just once. He suggested to our conductor that I be advised to make a screen test. I said no, thanks, I didn’t want to make a fool of myself. Then Freddy Wilcox talked with me, said that he could arrange for me to coach before I made a test. So I said, all right, why not, I’ll try anything once!

“I coached with Lillian Burns here at M-G-M. I made my test, two little scenes from Florian, and within four days after I made the test, I had my contract and the next thing I knew I was being directed by Mr. Van Dyke in Andy Hardy Gets Spring Fever. And I call it Fate, in my case. Just nothing but Fate!

“Why, just imagine me, a few months ago, seeing the Hardy pictures, which I love, and the next thing I know, Andy Hardy is making love to me! And I thought that coming to Hollywood was the End for me. Instead of which it’s the Beginning, for I may do Florian. And now Mr. Mayer has assigned a special writer to write a story around me, as a cellist – now I can be a soloist again, bring my music to the screen – now everything I ever hoped for in my life is coming true, in the very last place I ever expected, in pictures. And all I can feel now is gratitude and the desire to prove to Mr. Mayer and the others who have such faith in me that their faith is not misplaced.