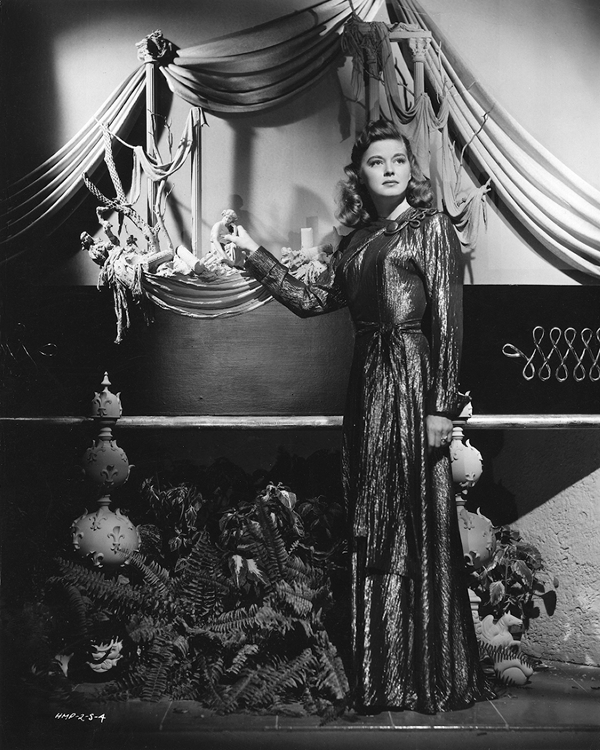 1949. In this publicity photo, Helen Walker is the femme fatale who arranges with her lover to kill her husband in a rigged car accident in Impact, one of the noirest of films noir. What resonances must the plot line have for the actress?

Three years earlier, on New Year’s Eve 1946, driving to Los Angeles from Palm Springs, Helen picked up Robert E Lee, a young serviceman, along with two other hitchhikers. Sometime close to midnight, the car hit a divider in the road and flipped several times. Lee was killed. The other two hitchhikers survived, later claiming that Helen had been driving over the limit. Helen herself escaped with a badly fractured pelvis, collarbone and several toes (and who knows what psychological damage). She was charged with manslaughter, though by March, 1947 those charges were dropped due to insufficient evidence.

GLAMOROUS BUT DANGEROUS is Helen Walker, who plots the murder of her husband in “Impact,” a Harry M. Popkin production for U-A. Brian Donlevy, Ella Raines and Charles Coburn co-star with Miss Walker in the exciting screen drama, which also features Anna May Wong in her return to films. Arthur Lubin directs.