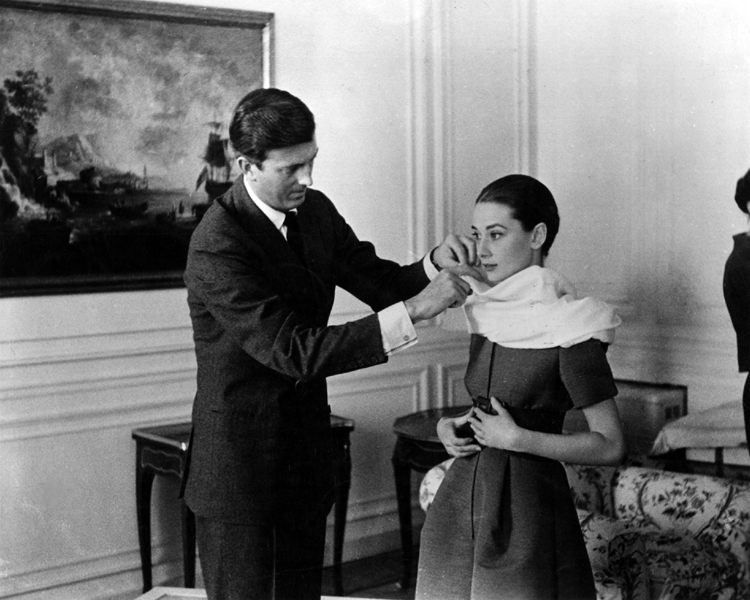 1959. At 6ft 6ins in height, Hubert de Givenchy towers over his client. Six years earlier, while filming Sabrina, Audrey visits the couturier’s studio to find out whether he would be interested in designing her costumes for the movie. He says he’s too busy to take on such a major project but Audrey asks to see some of his work. What he shows her is exactly what she’s looking for. And that is the beginning of a relationship that will last until Audrey’s death. Or so the story goes.

Audrey Hepburn, starring for Warner Bros. in “The Nun’s Story,” was visited in Rome by the noted designer Givenchy, and is pictured here modeling one of his gowns.