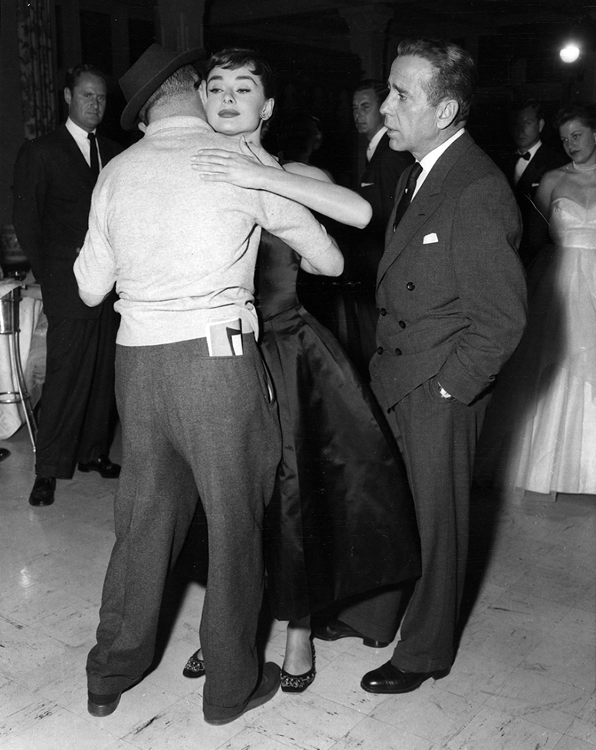 1954. Audrey Hepburn dances with movie director Billy Wilder on the set of Sabrina. It looks like they’re in a world of their own while Humphrey Bogart, hands in pockets, looks on with a somewhat disapproving expression. Other members of the cast are in the background. The photo captures a wonderfully intimate and telling moment in the early years of Audrey’s career. What’s not to like?