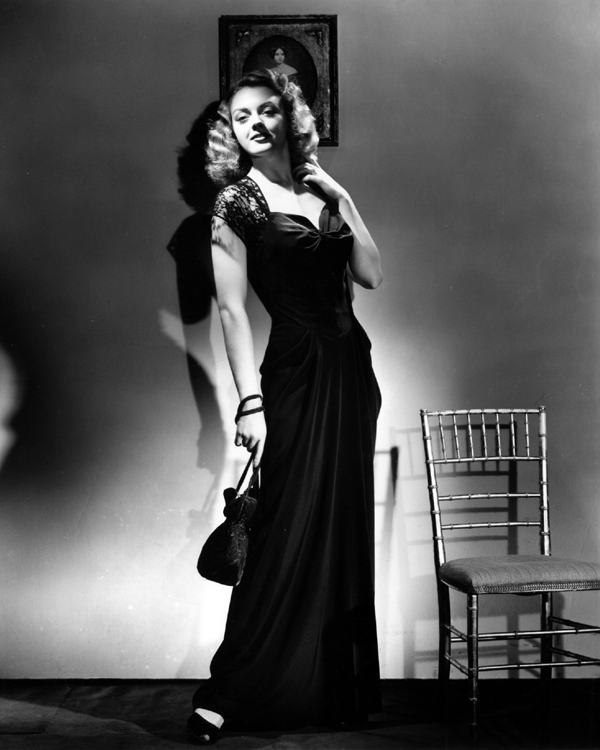 1943. Leslie Brooks started her career around 1940 as a model. In 1941 she signed with Columbia and had a makeover: she changed her name from Lorraine Gettman to Leslie Brooks and changed her hair colour from brunette to blonde. In 1943 she’s busy making Cover Girl, but not so busy that she can’t appear on the cover of National Police Gazette! Three years later she will be chosen by the International Mathematics Society as “the girl with the most beautiful figure”. She will retire as an actress in 1949 but return in 1971 to make one final movie. A caption on the back of the photo reads:

Holiday parties at service canteens or home parties for service men will be the program for Christmas entertaining this year. Perhaps your group favors a long dinner dress such as the stunning gown in black crepe and lace Leslie Brooks models. Leslie, featured in the Columbia picture “Cover Girl”, likes this dress for interestingly draped skirt and becoming shoulder and neckline. The dress is from Demoiselle, the quilted red velvet bag from Yvonne, both of Los Angeles.