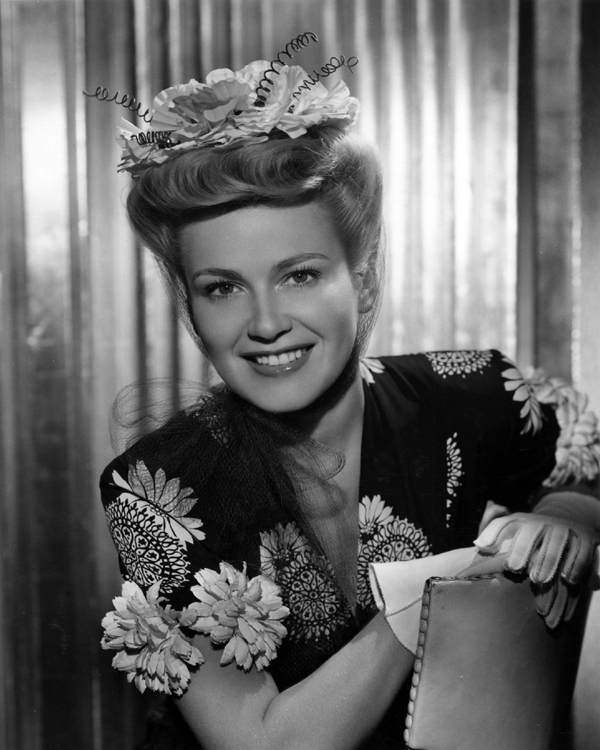 1943. Betty Jane Hess began modeling in 1938, when she was barely 17 years old. Like many aspiring models, she competed in various pageants and slowly worked her way from Pittsburg, her home city, to New York. There she joined the Conover agency, becoming one of their highest-paid girls. She has modelled for Chesterfield cigarettes and frequently worked with illustrators. She has even appeared on the cover of LIFE magazine and on Broadway as one of the “ladettes” in Hold on to your Hats, a revue with Al Jolson in the lead. After a series of affairs reported in the gossip magazines, in 1941 she married Harry Bleich, a Wall Street sugar-broker. A caption on the back of the photo reads:

EXPENSIVE HATS are out for the duration, in their place are the flights of fancy whipped up to fit the moment, the costume. Cover Girl Betty Jane Hess models a confection of white carnation and cool green veiling tied under the chin. Betty Jane will be seen in the Columbia picture “Cover Girl.