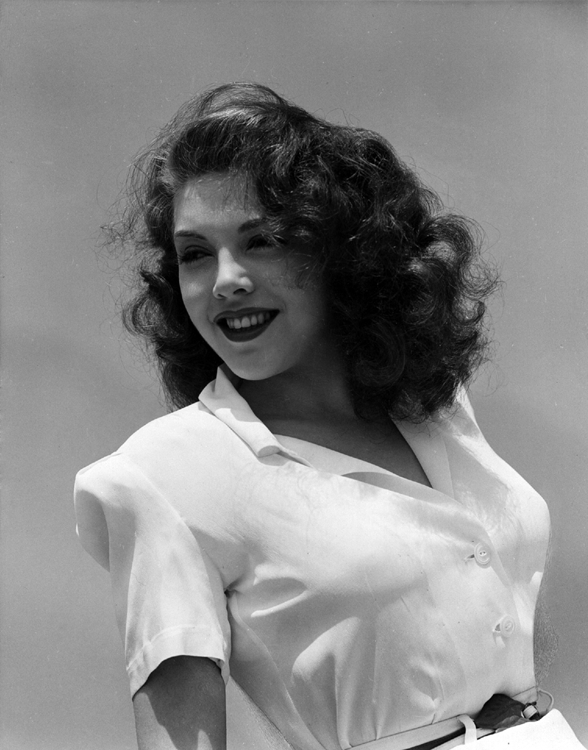 1943. Nan Wynn earned her alliterative soubriquet during her days as a singer in the 1930s… despite having no children and not even being married. But hey, why let facts get in the way if you’re an agent or a journalist? As she poses in the California sunshine for this wonderfully natural and vibrant portrait, she has a couple of years in Hollywood under her belt. Although she’s making appearances in her own right, her most significant contribution to movie history is probably as Rita Hayworth’s voice for the songs in You Were Never Lovelier, My Gal Sal and The Strawberry Blonde. A caption on the back of the print reads:

Pert and pretty. – Nan Wynn, Columbia’s pert and pretty songbird lends her attractive presence as well as her appealing voice to “Right Guy,” one of her studio’s important current productions.

Before the decade is out, Nan’s career will hit the buffers. She will go into hospital to have a cancer removed, and the operation will sever a facial nerve. But Nan is no quitter. Through sheer determination, she will prove the doctors wrong by regaining her speech and facial control and sign briefly with RCA Victor. The show must go on. Photo by George Hurrell.