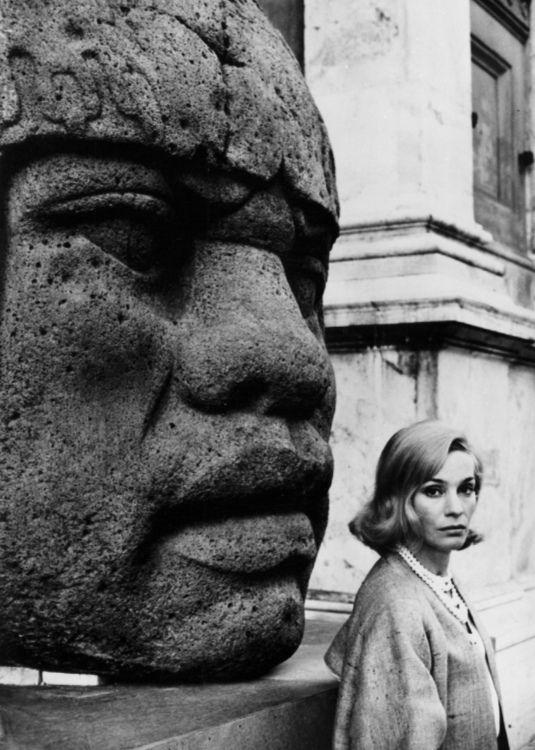 Around 1965. Ingrid Thulin is of an earlier generation than Ewa Aulin and is also an altogether more serious actress, with 68 credits on IMDb. She is one of Ingmar Bergman’s favourite actresses as well as appearing in films by Alain Resnais and Luchino Visconti – The Damned (1969). There is an International Magazine Service stamp on the back of the photo. Photo by Franco Pinna.