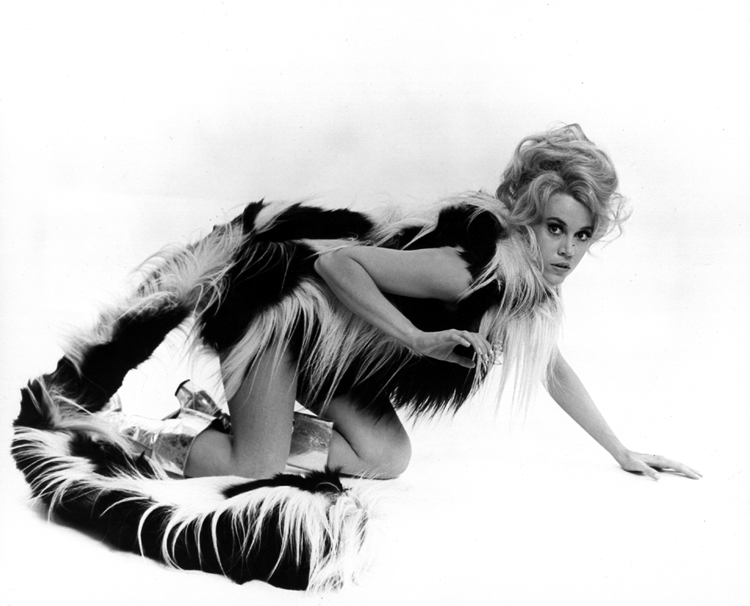 Before her acting career really gets underway, Jane works as a model, appearing on the covers of the July 1959 and 1 January 1960 issues of Vogue US. Her big-screen breakthrough comes with the comedy Western Cat Ballou (1965), which garners five Oscar nominations and turns out to be one of the year’s top ten box office hits.

In 1965, she marries serial blonde-fancier Roger Vadim, who casts her as the eponymous heroine of his madcap science fiction spoof Barbarella, propelling her to sex-symbol status. But she will go on to become a serious actress and political activist, campaigning among other things on feminist issues and against US involvement in Vietnam.

Jane Fonda stars in BARBARELLA with John Phillip Law, Anita Pallenberg, Milo O’Shea, Marcel Marceau, Claude Dauphin with a special guest appearance by David Hemmings and with Ugo Tognazzi. The film is produced by Dino de Laurentiis and directed by Roger Vadim. A Paramount Picture in Panavision and Technicolor.