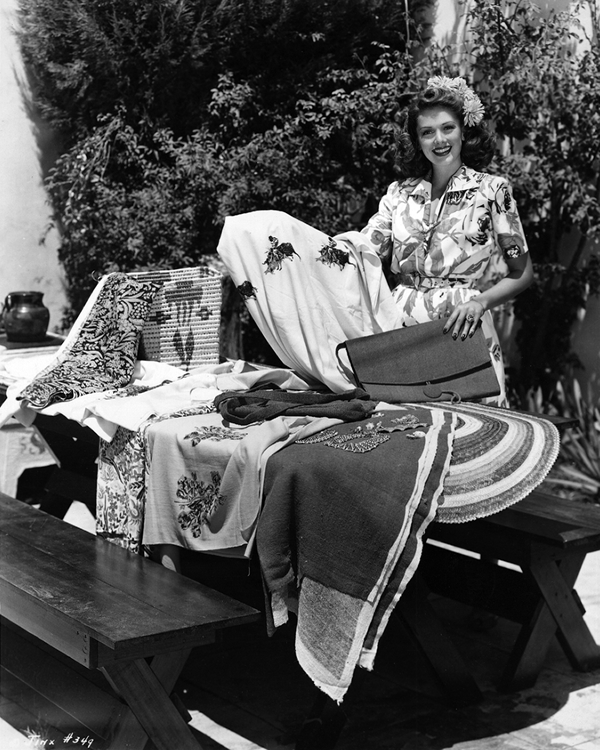 1944. The production code number suggests that this photo is from the same shoot as the one of Jinx and her mum (in which case it is likely by George Hurrell). Perhaps the actress is showing the range of fabrics from which she can choose for the next item of clothing her mother will make for her. The scene suggests a carefree, girl next door. The reality is an ambitious career girl. This is what Oliver Jensen has to say in the January 27 1941 of LIFE magazine:

After the show and a few words with her fan club at the door, Miss Falkenburg usually has a second date with another beau for supper at 21, El Morocco or most often the Stork Club. She tries to make an impressive entrance, wearing bright red or gold lamé and stopping to chat with friends on the way to her table. She never drinks and does not stay long but concentrates on attracting attention by sitting in a good light, making frequent trips to the telephones or the ladies’ room and other orthodox tactics. This is not vanity but a sober attention to her career, since she does not care for night clubs and goes only to be seen.