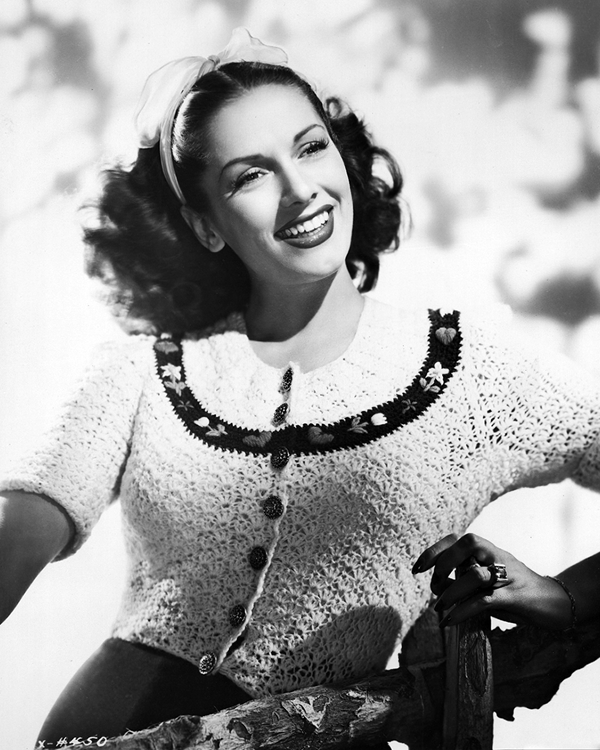 Around 1945. Ever the picture of health and happiness, with one hand on a fence post Jinx gives the photographer a broad smile. When she’s based in New York (notably late 1940/early 1941), she agrees to model indoors. In the January 27 1941 of LIFE magazine, Oliver Jensen outlines the deal:

Jinx Falkenburg awakes about 11 and emerges from her apartment  at noon to do modeling jobs until dinnertime. She gets $15 an hour, the top rate, earned by only three other models in New York.