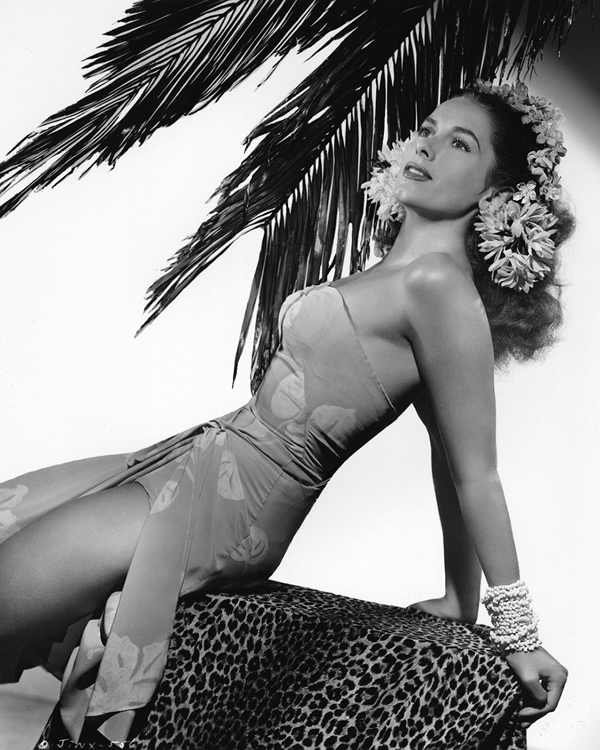 1944. This portrait of Jinx may have been taken to promote Tahiti Nights, in which she stars, but the production code number does not associate it with the movie. By now, she’s been a top model for several years and Jinx is nothing if not professional in her attitude to modeling, as revealed by Oliver Jensen’s observations in Jinx Falkenburg Is Leading Candidate for Title of America’s No. 1 Girl for 1941:

In her own mind Miss Falkenburg has drawn a clear line of distinction between Jinx as a private person and Jinx as a public personality. This distinction, which would interest a psychologist, enables her to look upon her own career as something quite outside herself, to discuss it and promote it with a frankness which would be embarrassing if the clear distinction did not exist.