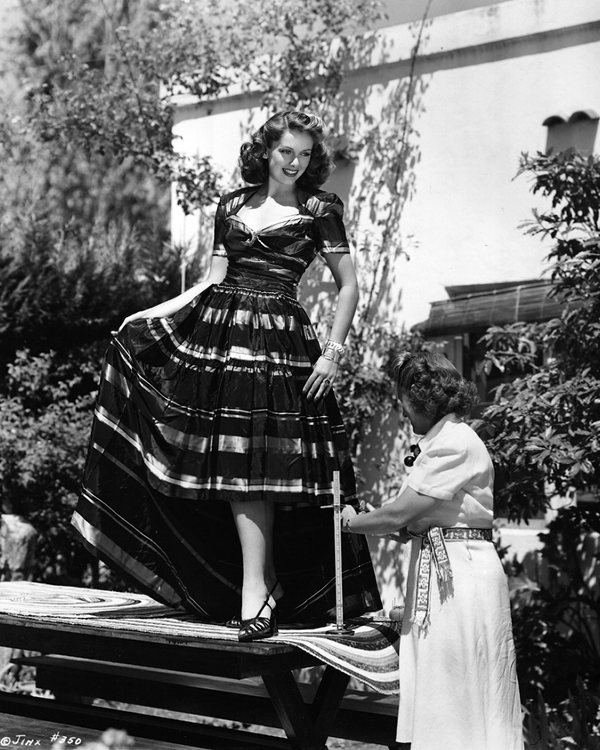 1944. According to Oliver Jensen writing in the January 27 1941 issue of LIFE magazine:

Miss Falkenburg has never bought a dress, for her mother makes  all her clothes, including many of those she wears in advertisements. The average cost is $4 and all the dresses bear a little label saying “Marguerite Original.”

Mrs. Falkenburg cuts off the skirt as Hurrell snaps the picture. A fitting, turn up the hem and press, and voila, Jinx has a new date dress. Jinx will play herself in the Columbia picture “Cover Girl”.