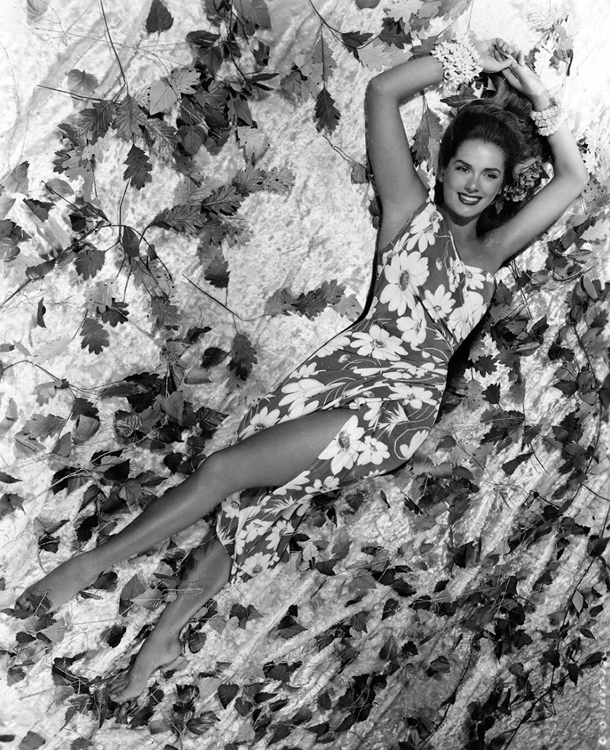 1944. Jinx Falkenburg reclines princess-like on a leaf-strewn coverlet in this promotional photo for Tahiti Nights, in which she plays the part of a princess. A caption on the back of the photo reads:

Jinx Falkenburg as she appears in the Columbia production “Tahiti Nights.”