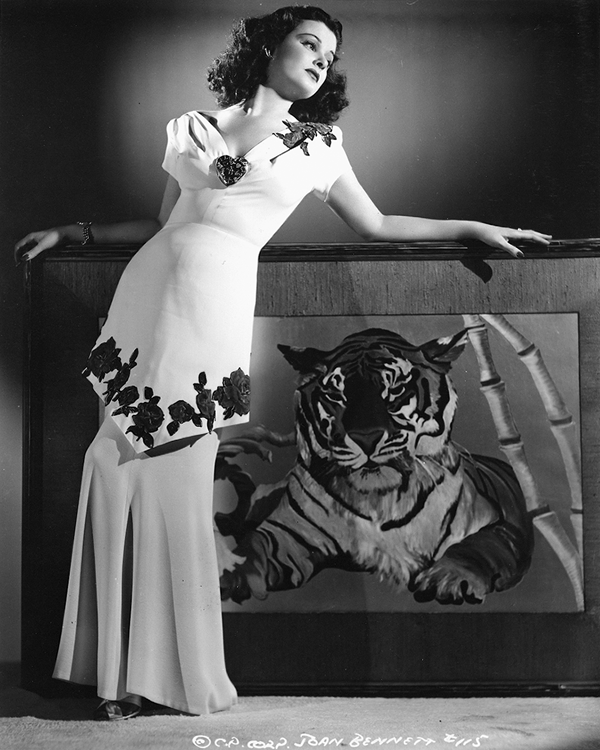 Around 1941. Joan Bennett is entering the second phase of her career. Having played the role of winsome blonde ingenue in movies of the 1930s, she’s now under the wing of celebrated producer Walter Wanger. He also happens to be the third of her four husbands.

The couple married in 1940, a couple of years after Walter introduced Hedy Lamarr to American audiences in Algiers. Capitalizing on the success of Hedy’s sultry looks, he has re-cast his wife as a brunette who will star in, among other movies, three Fritz Lang films noirs: as a Cockney prostitute in Man Hunt (1941), as a mysterious model in The Woman in the Window (1944) and as a vulgar blackmailer in Scarlet Street (1946).

But it is off-screen that Joan will make her biggest impact. In ten years’ time Joan will be at the centre of a scandal. Here’s a brief summary, as recounted by Ed Sikov in On Sunset Boulevard:

There’s a more detailed account on Wikipedia. Despite the shooting scandal, the couple will remain married until 1965.