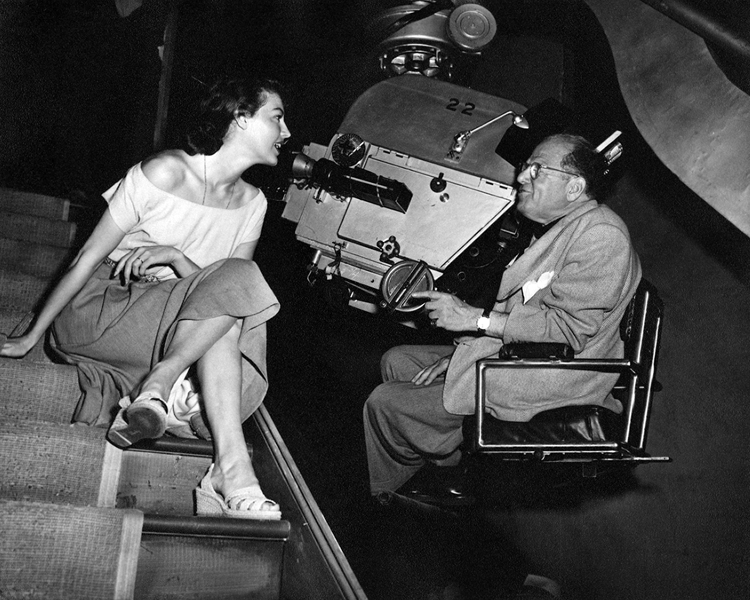 1948. Joseph Ruttenberg homes in on Ava Gardner in this scene for The Bribe. Another copy of this photo from Ruttenberg’s personal collection is dated on the top border “JUL 9 48 PROD 1431 HSTR 111”.

The cinematographer moved to Hollywood in 1933 and proved to be an innovator in his use of cranes and dolly devices, often designed to capture scenes in a single take. He was also known for keeping his subjects in sharp focus while softening the background, simultaneously highlighting their presence and creating a sense of immediacy. At MGM, he received ten nominations for the Academy Award for Best Cinematography, winning four. He also won the 1954 Golden Globe Award for his camerawork on Brigadoon.