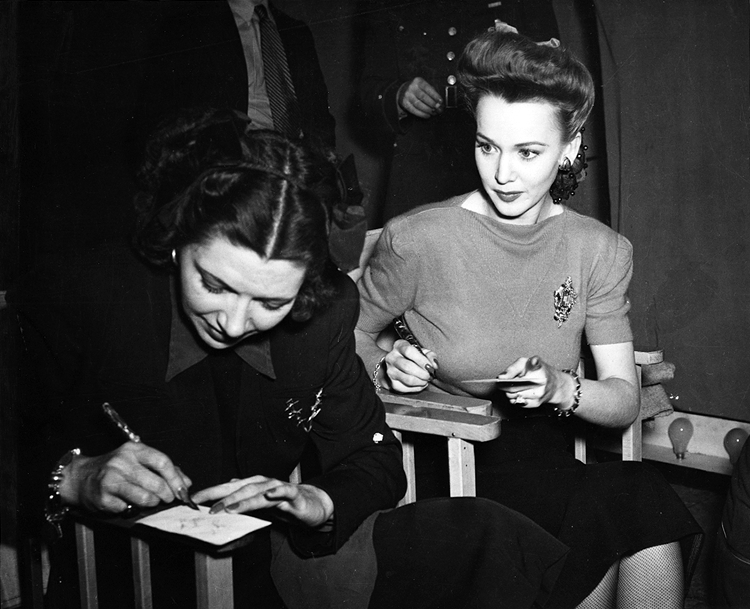 1942. Kay Francis and Carole Landis on The Jills tour. The GIs adore Carole and not surprisingly she becomes one of their favourite pin-up girls, whom they nickname “The Blonde Bomber”. She tells reporters:

It’s not only a duty, it’s a lark. Even if your clothes are wrinkled, your face is chapped to the ears and you’re deaf from flying in bombers, it’s like home when you come down in the midst of Americans. It’s living such as I have never known back here.

A caption on the back of the photo refers also to Martha Raye so presumably was boilerplate copy used on a series of photos of which this is just one:

L. to R. Kay Francis, Carole Landis and Martha Raye signing autographs for members of the U.S. Army in Northern Ireland. The Hollywood Stars were on a visit to Northern Ireland to entertain our boys there. Dec. 1, 1942.