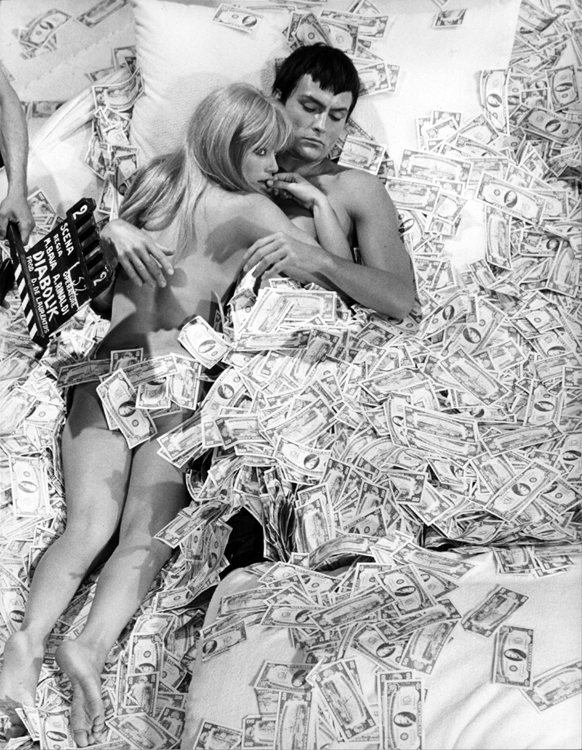 1967. Marisa Mell and John Philip Law embrace on a divan under a shower of banknotes from a recent heist. It’s a scene from Diabolik, one of those cool and flippant 1960s films that inspired Austin Powers. The clapperboard to the left shows that this is a candid shot. The caption on the back of the photo reads:

The scene shows Diabolik and Eva Kant celebrating the victory of their last theft by making love among the million dollar notes they have just stolen.