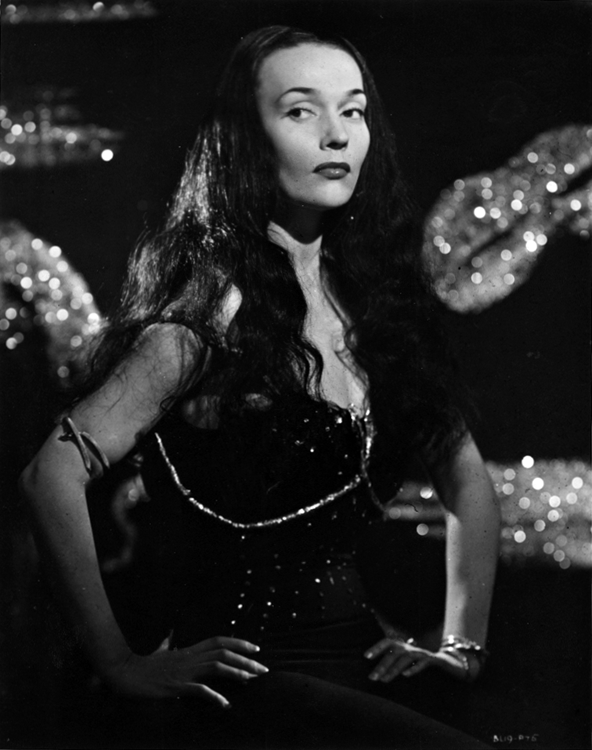 1951. Ludmilla Tchérina sits imperiously on the set of The Tales of Hoffmann. A caption on the back of the photo reads:

Raven haired, French ballerina LUDMILLA TCHERINA stars in Act II as Hoffmann’s second love, the courtesan Giulietta. Tcherina made her British film debut in “The Red Shoes.” Her non-dancing role in “La Nuit S’Acheve” has just won her the Grand Prix Feminine, an award voted by the people of Vichy for the most popular actress of the year.