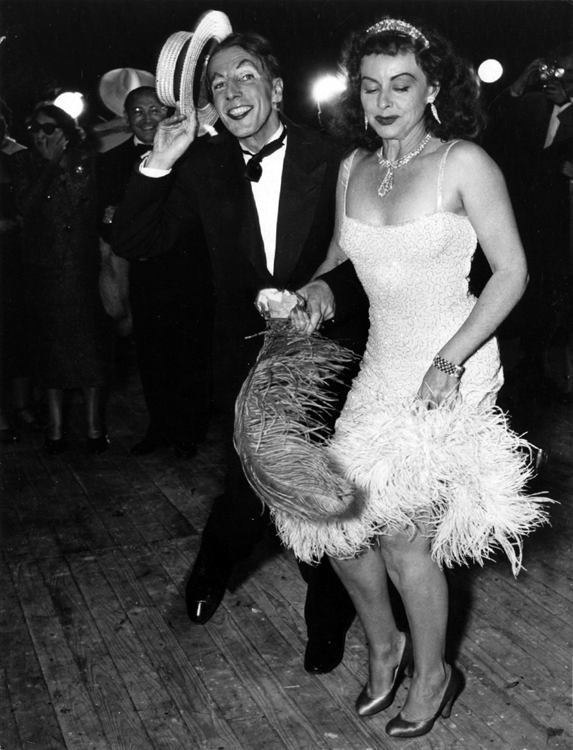 1951. As is apparent from this photo (in which he is imitating Maurice Chevalier while Paulette Goddard is hamming it up as Joan Crawford), unlike the painfully shy Christian Dior, Jacques Fath is a great party animal. As a designer, he is self-taught, learning his craft from museum exhibitions and fashion books. In 1939 he marries Geneviève Boucher de la Bruyère, his muse, a top model and former secretary to Coco Chanel. For him, “Geneviève captured the best of Greta Garbo, Carole Lombard and Marlene Dietrich.”

It was in summer 1947. In the middle of work Jacques decided, as usual, to go to the swimming pool. He asked Valentino and me to join him and we took a bottle of champagne. We biked across Paris to the pool. At the entrance, the pool guardian, who knows Jacques, asked, “What about those two gentlemen: are they working for you, Monsieur Jacques?” And Jacques answered, “Oh yes, but remember them well. One day they will be very, very well known and then you will call them also monsieur.”

Jacques Fath designs the costumes for The Red Shoes. He dies, age 42, of leukemia in 1954.