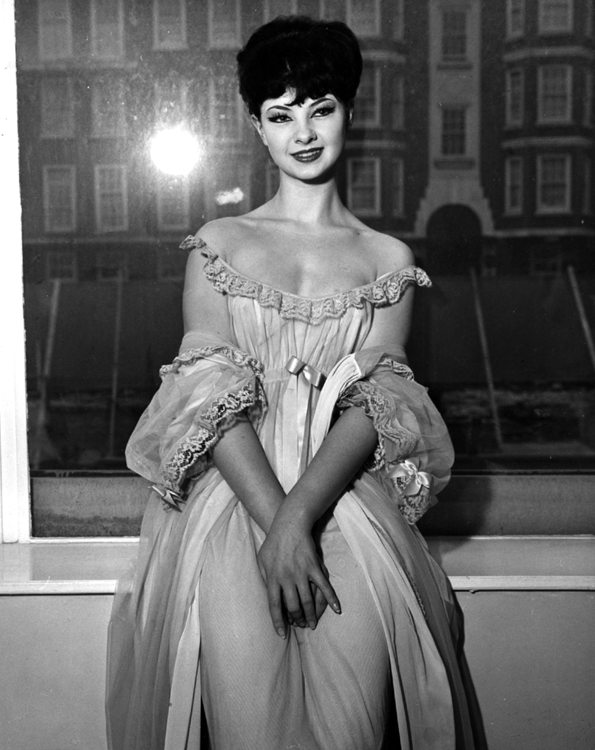 1961. 17-years-old Mandy Rice-Davies poses in front of a window two years before going down in history with the quip “Well, he would, wouldn’t he?” This at the Old Bailey in response to a prosecutor’s assertion that Viscount Astor had not been one of her lovers. Together with fellow showgirl Christine Keeler she is accused of working as a prostitute for Dr Stephen Ward. She will trade on the publicity to work as a singer, an actor, a nightclub owner and a novelist before settling down to comfortable life in Florida and London with her third husband, businessman Ken Foreman. A caption on the back of the photo reads:

Mandy Rice-Davies (witness in the Dr. Stephen Ward trial at Old Bailey) photographed in January 1961 when she was a model using the name Mandy Mornay.