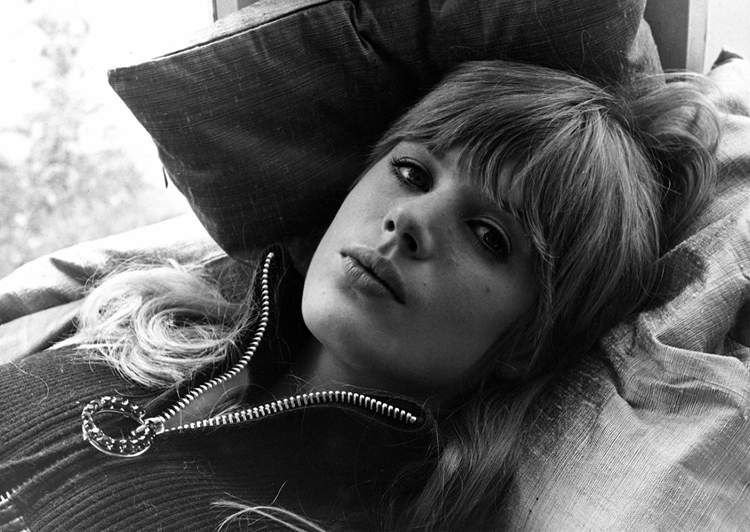 1967 is a fateful year for Marianne. In February, during a search for drugs at Rolling Stone Keith Richards’ country house, Redlands, police find her wrapped in nothing more than a fur rug. The scandal is salaciously reported, lurid rumours swirl around and the public’s worst suspicions about the decadence of the rock scene are confirmed.

Marianne’s career as an innocent-looking, sweet-voiced chanteuse will never recover from the scandal. But, following a nadir in the 1970s including two years living on the streets as a heroin addict, she will return in 1979 with Broken English, a searing comeback album.