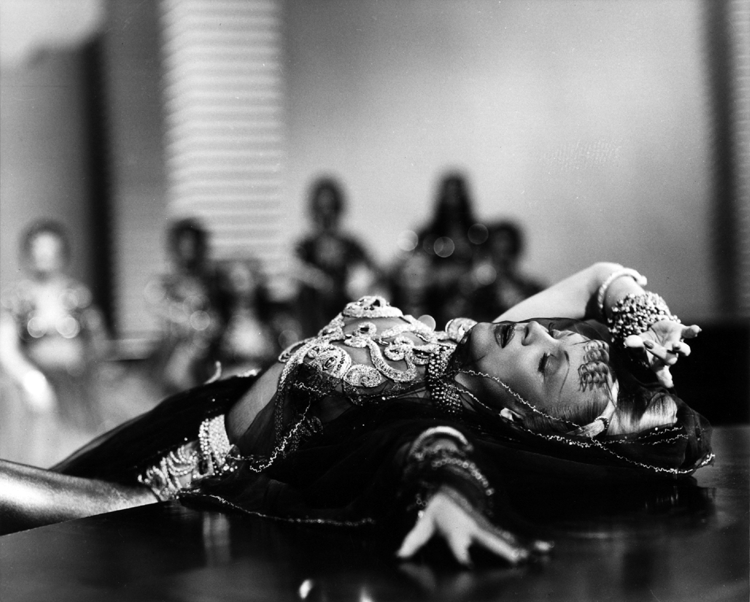 1943. As Jamilla in Kismet, Marlene Dietrich, outspoken enemy of the Nazis (which makes her Good as well as Gorgeous!), is a provocative dancing girl in harem costume, as touted by the caption on the back of this photo:

Marlene’s costumes are designed by Irene Gibbons, who has recently stepped into the shoes of Adrian as MGM’s executive costume designer. Irene is one of the greats in her field, but in this case she makes a small miscalculation. The golden chainmail harem pants that Marlene will wear for her big dance number are supposed to jingle and glitter. But when the music booms out of the loudspeakers for the dance scene, the chainmail disintegrates. At which point, Marlene comes up with the idea of applying gold paint to her legs instead. Onscreen, it makes her look a million dollars. In the flesh, the paint starves her legs of oxygen and gives her hypothermia.