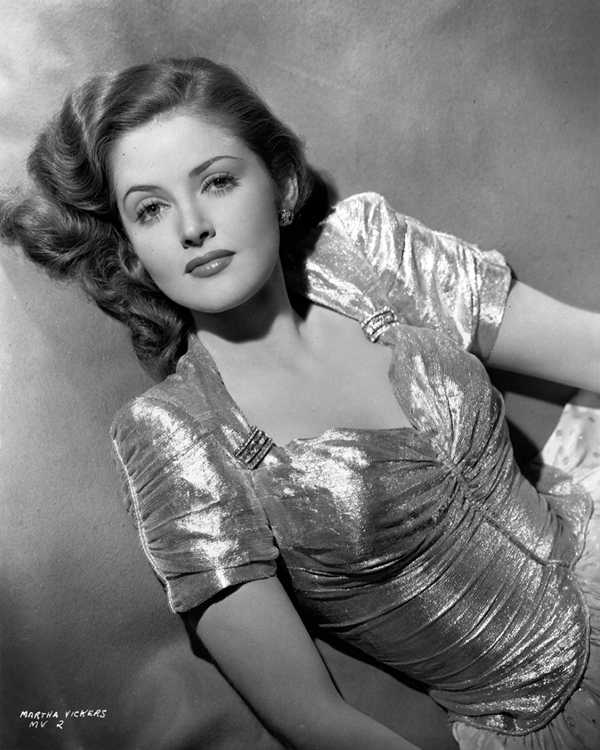 1945. Martha Vickers smoulders in a fitted lamé bodice. Seaman Cal Kerry clearly has a lot to look forward to, as the caption on the back of the photo explains:

To Martha Vickers, actress, the three most important things that could happen to a girl all took place on the same day. Her sweetheart, Seaman Cal Kerry, former U.S.C. tennis champion, returned from 18 months with the Navy in the Pacific; Kerry proposed to her. A few hours later, Warner Bros. had her read dialogue, signed her to a long-term contract and handed her a role opposite Humphrey Bogart in “The Big Sleep.”

But it seems that Martha turned down her suitor’s proposal. Instead, three years later she married A C Lyles, a film producer for Paramount Pictures. Photo attributed to Henry Waxman.