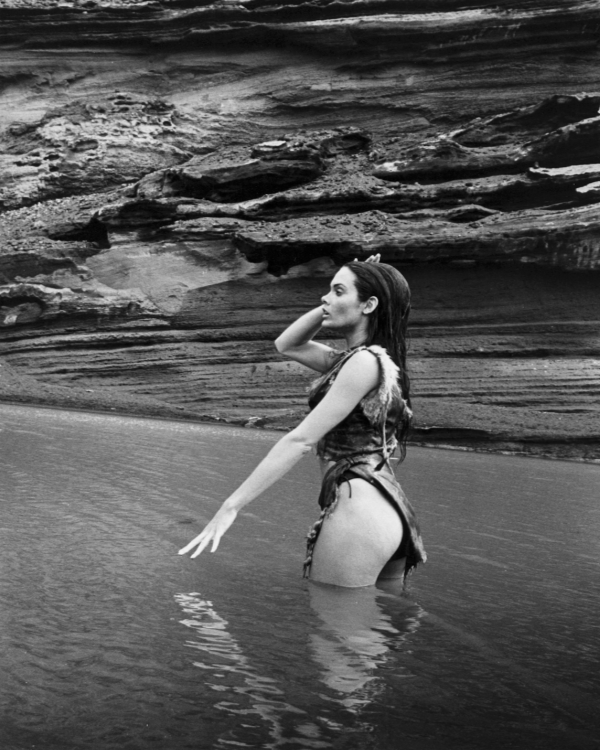 Around 1966. Former Miss Jamaica, Martine Beswick is one of Raquel Welch’s co-stars in One Million Years B.C., for which this is probably a publicity shot. In Thunderball, she plays Paula, a curvaceous Bahamian girl. Martine has the distinction of being one of the few girls to appear in more than one Bond movie. Previously she was gipsy girl Zora in From Russia With Love. In the short documentary, Behind the scenes with THUNDERBALL, she recalls:

I’d been in England for so long that I was grey. When I finally got the role, Terence [Young] said “Now, darling, you have to go and get yourself a tan. So, we’re going to call you every day and you’re going to go out and you’re going to get to be an islander. So that’s what they did. They called me every morning and I sunned myself for two weeks before I started, to get me island-girl look. What a job!

There is a Pierluigi Agency copyright notice on the back of the photo.