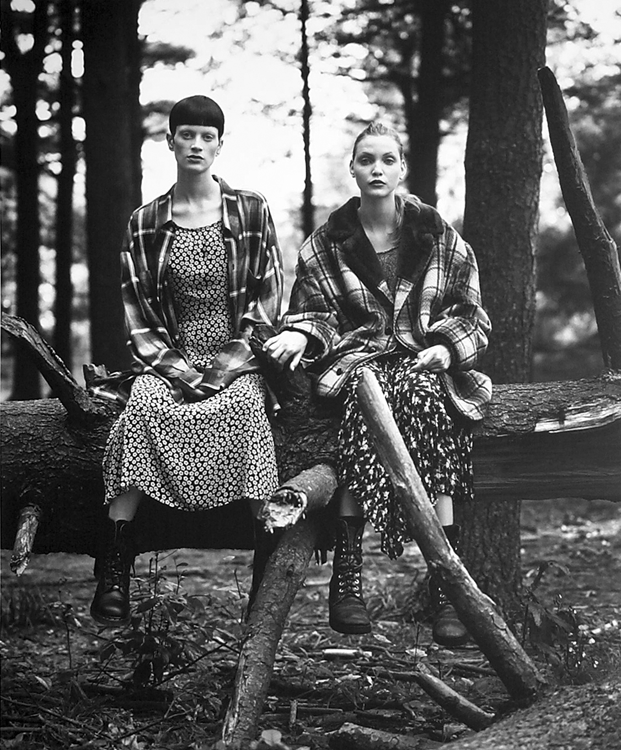 1992. Do you remember grunge? Like it or loathe it, it was a pretty unforgettable fashion experience. Here are supermodels Kristen McMenamy and Nadja Auermann getting in the mood in an editorial called Grunge & Glory that appeared in the December issue of US Vogue.

It’s broken out of the clubs, garages, and thrift shops of Seattle to dominate rock radio, MTV, and the aspirations of kids all across America. Jonathan Poneman, whose record label Sub Pop first signed some of the scene’s seminal bands, examines the triumph of grunge, and Steven Meisel captures its impact on fashion in the repentant ’90s.