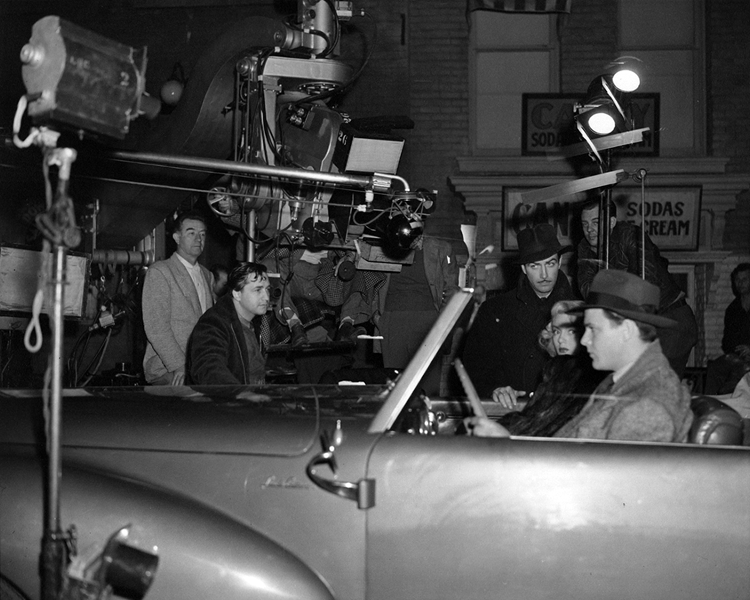 1941. Director Mervyn Leroy, crouching, oversees the shooting of a scene for Johnny Eager.

Behind him looks to be Harold Rosson, the movie’s cinematographer, who made newspaper headlines eight years earlier when he eloped with movie star Jean Harlow (the marriage lasted eight months). During a 52-year Hollywood career, he filmed The Wizard of Oz and The Asphalt Jungle.

In the convertible are Robert Sterling and Lana Turner. And that’s Robert Taylor standing behind her.