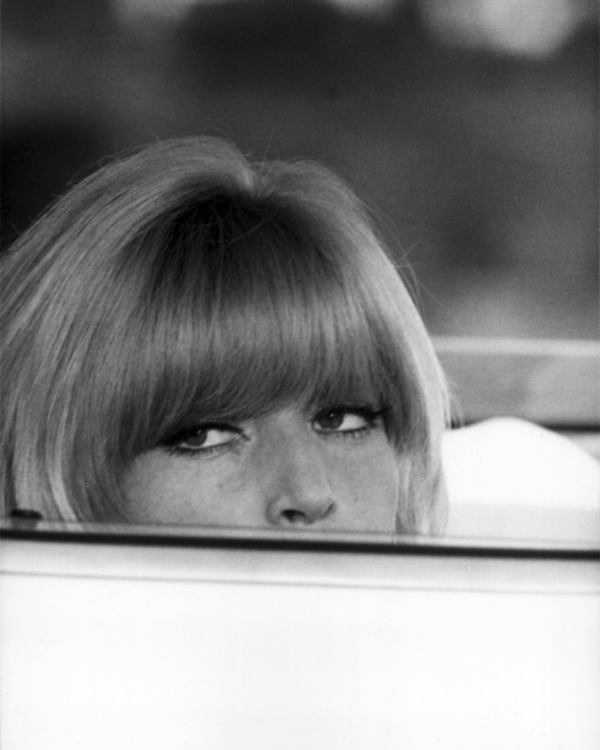 1966. Monica Vitti as Sabina in Le Fate, which was released in the US as Sex Quartet. Her co-stars include Claudia Cardinale and Raquel Welch – quite a bevvy of beauties! A caption on the back of the photo reads:

MONICA VITTI has just finished shooting the fourth and last episode of the film “Le Fate” in which she portrays a modern young girl who gets into trouble because of her mini-skirts. Also starring in the film directed by Luciano Salce are Franco Balducci and Renzo Giovampietro, and ENRICO MARIA SALERNO.

Also on the back of the photo are Pierluigi and International Magazine Service agency stamps.