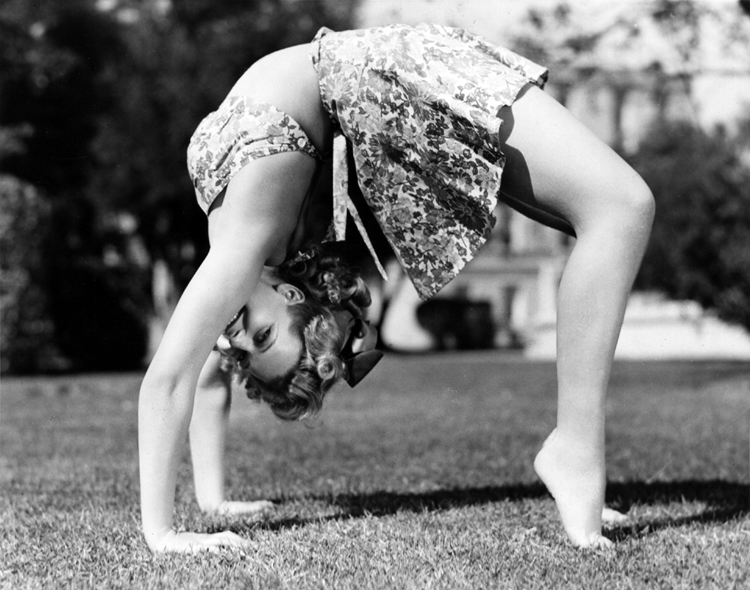 1944. Neila Hart sportingly bends over backwards to help Columbia Pictures launch her career as a movie star. Unfortunately for her, that career will be short-lived. According to her listing on IMDb, she appears in just three obscure B-movies, all uncredited. But the caption on the back of this photo reveals that she debuts in a film that followers of aenigma should certainly recognize – the Rita Hayworth musical, Cover Girl:

CUTTING UP — That’s exactly what Columbia’s Neila Hart is doing, out with with whole-hearted permission from the censors. Blonde Neila will make her film debut in Columbia’s lavish Technicolor “The Cover Girl”.

The photo is published in the January 1944 issue of Screenland, with a caption informing readers that Neila is cast as Bob Sterling’s sister. For the complete lowdown on Neila, take a look at her biography at Those obscure objects of desire.