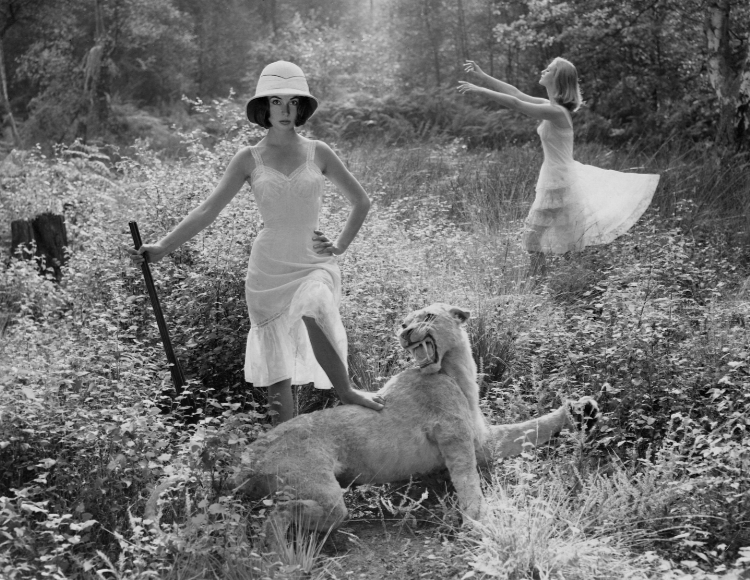 1955. Typical of Norman Parkinson to come up with such an outrageously madcap image, presumably for an underwear ad. That the lioness is clearly stuffed and the “jungle” likely a forest glade in England only adds to the sense of fun and fantasy. Annotated in pencil on the mount “Norman Parkinson 1955,” “‘For poise that never falters’” and “models Marla Sea?? and Rose Parkinson.”