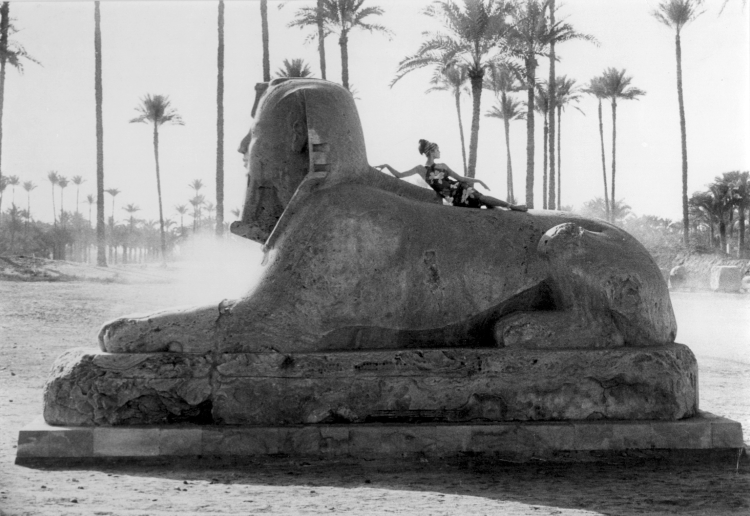 1963. A colour variant of this image appears in the 13 February issue of Queen magazine, illustating The Wilder Shores of Sheik. The caption reads:

Print to Make a Sphinx Blinx
Knockout flower print on a bright cotton dress with a crossover neckline. By Marcel Fenez, 6 gns, at Liberty, mid-March. Pearl and turquoise Egyptian collar worn as a head-dress, by Corocraft at Dickins and Jones.

Norman Parkinson’s day book reveals the dates of the shoot in Egypt as “Saturday, 8 December, returning on Monday 17 December,” and that the model is Connie Barr. In this shot she is posed on the alabaster Sphinx at Memphis. Photo by Norman Parkinson.