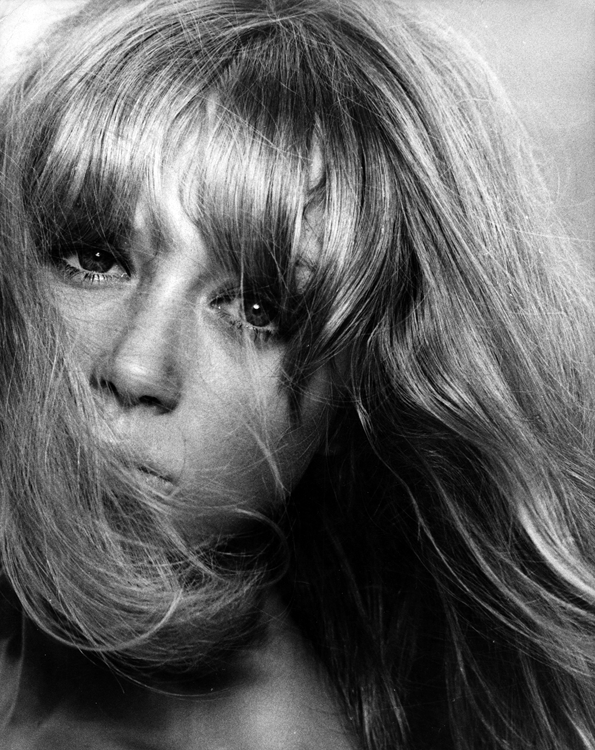 1964. This is a whirlwind year for fashion model Pattie. Cast for The Beatles’ film A Hard Day’s Night, she meets George Harrison on set, and one of the first things he says to her is: “Will you marry me? Well, if you won’t marry me, will you have dinner with me tonight?”

When she poses for this shot, she has just returned from a nearly month-long holiday in Tahiti with him. In her 2007 autobiography she writes:

When we arrived at Heathrow the press were waiting for us, and I was amazed to see in the next day’s newspaper photos how healthy we looked. Days later I was booked by Vogue to be photographed by David Bailey wearing skimpy clothes showing long brown limbs. They were some of the best he ever took of me.

Two years later the couple will wed, but by the end of the sixties the marriage will begin to fail. Pattie will have an affair with Faces guitarist Ronnie Wood, who will go on to join The Rolling Stones two years later. She will also be pursued by Eric Clapton, whose hit song Layla (1970) will be inspired by her. Rebuffed, he will descend into three years’ heroin addiction. But following her divorce she will move in with him and in 1979 will become his wife.