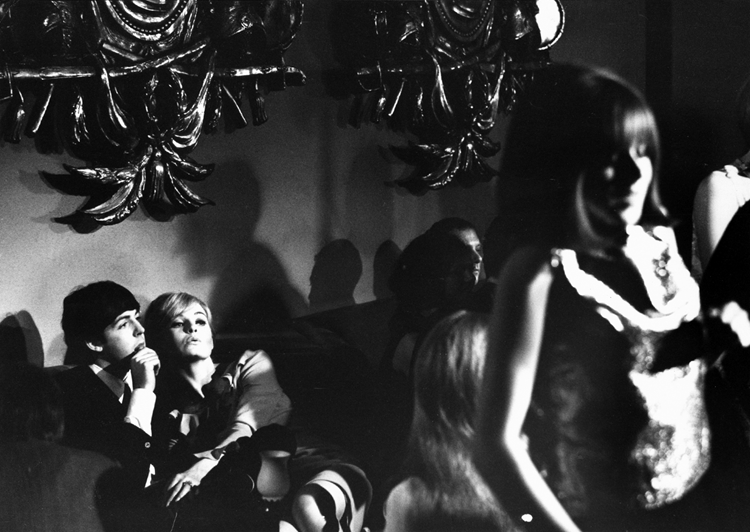 1964. Paul McCartney, bass guitarist, singer and song-writer for rock band The Beatles, relaxes at a party. It could almost be a scene from Michelangelo Antonioni’s movie, Blow-Up. And could that be Jane Asher, his current girlfriend, embracing him?

Next year the Beatles will release his composition Yesterday, featuring a string quartet – the group’s first recorded use of classical music elements and their first recording to involve only a single band member. Yesterday will become one of the most covered songs in pop music history. And Paul will go on to become one of the most successful pop music composers and performers of all time.