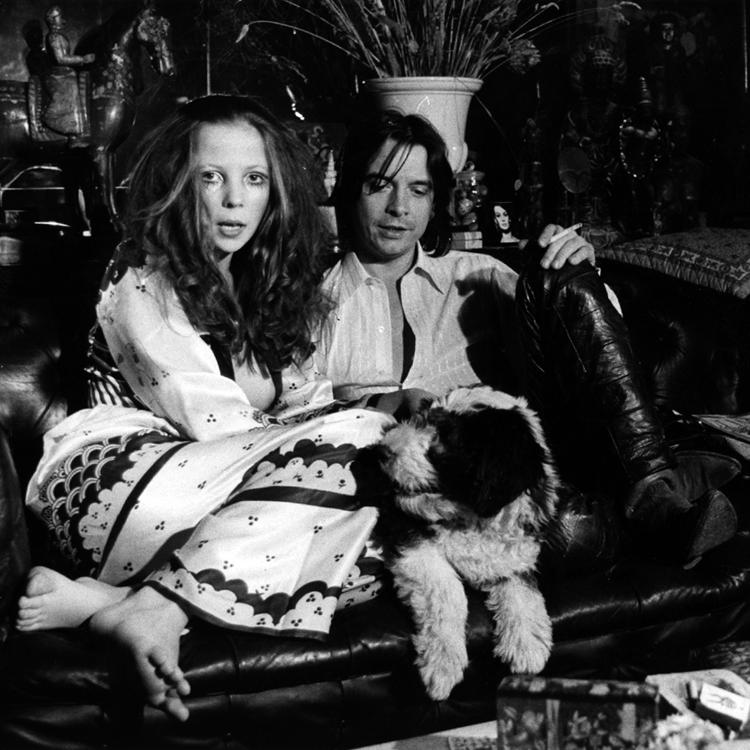 Around 1967. This is the year that American-born model Penelope moves in with David Bailey – “he had this dangerous, lion-king-on-the-savannah vibe.” She’s 18 years old and an innocent abroad, but as a model she’s already a veteran. Her first experience in that role was far from promising. When she was 13 she had a session with Diane Arbus for a feature for Town & Country magazine.

It was torture, the whole thing. Now I know why everyone in her pictures looks like they do – because they have had to spend three hours with Diane Arbus staring at them.

Five years passed, then last year at Truman Capote’s Black and White Ball her striking appearance (black V-neck tunic with long slashes from the bottom making floating panels, worn over black tights) caught the attention of Diana Vreeland, editor-in-chief at Vogue US. Before she knows it, Cecil Beaton and Richard Avedon are turning Penelope into a supermodel.

Now she’s living in London’s Primrose Hill, where her home becomes a hang-out for the hippie crowd. Bailey will recall them “smoking joints I had paid for and calling me a capitalist pig!” Bailey describes her as “an Egyptian Jimminy Cricket” and looking back will credit her with kick-starting the flower-power movement. For a few years, she will epitomize the spirit of the age with her kooky, ethereal sense of style.

But her fortunes will change. She will have a nervous breakdown, and scars from late-onset acne will end her career in the early 1970s. In 1972 she will be arrested for possession of cocaine, and in 1974 she will split up with Bailey.