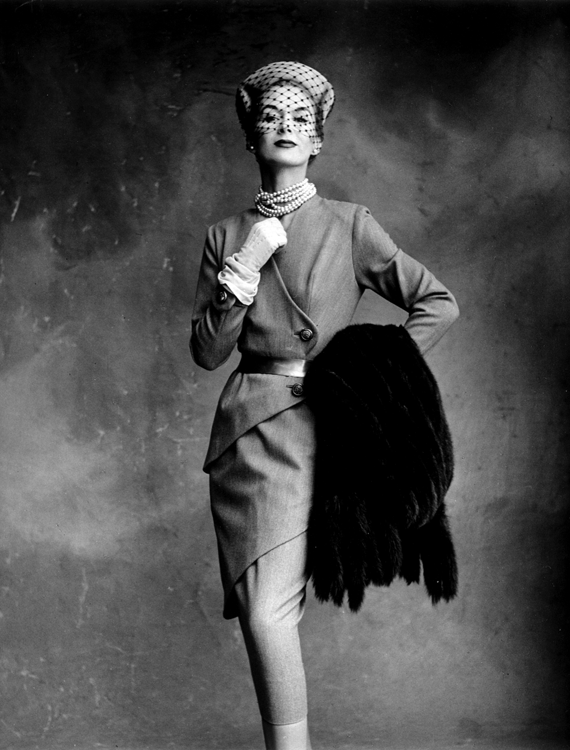 1950. Encouraged by his wife and supported by Jean Cocteau, Cristian Bérard and Paul Poiret , Marcel Rochas sets up his couture house in 1925.

During the 1930s he is something of an innovator: as well as being the first designer to include grey flannel trousers as part of a suit, he claims to have invented the word “slacks.” He also sets up a store in New York, where he sells ready-to-wear and made-to-order clothes.

In 1942, anticipating the return of the voluptuous silhouette five years before Dior launches the New Look, Marcel Rochas introduces a new corset design called “la guêpière.” In the US and UK it comes to be known as the “Waspie.”

Post World War II up until his death in 1955, he focuses on trouser suits, separates and perfumes. This photo appears in Vogue Paris, September 1950, p 51: