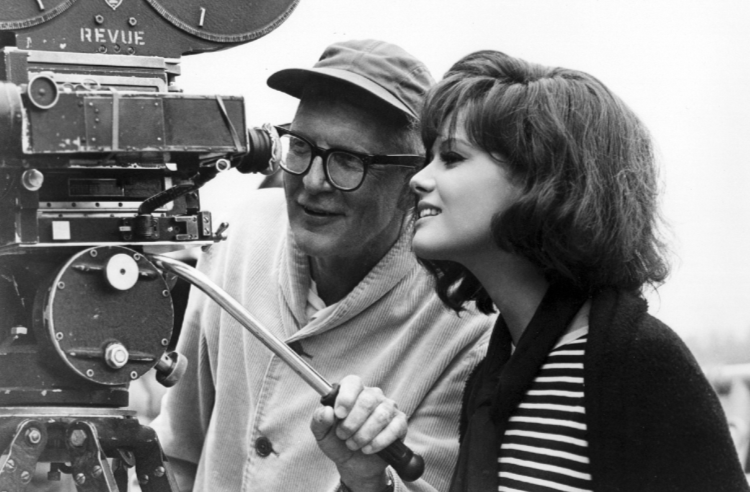 CAMERA EYE
Director Philip Dunne and Italy’s most exciting new star Claudia Cardinale, look through the camera on the set of “Blindfold,” a Universal-Seven Pictures’ suspense comedy in which Miss Cardinale makes her Hollywood film debut opposite Rock Hudson.

Claudia and Rock will go on to become close friends.