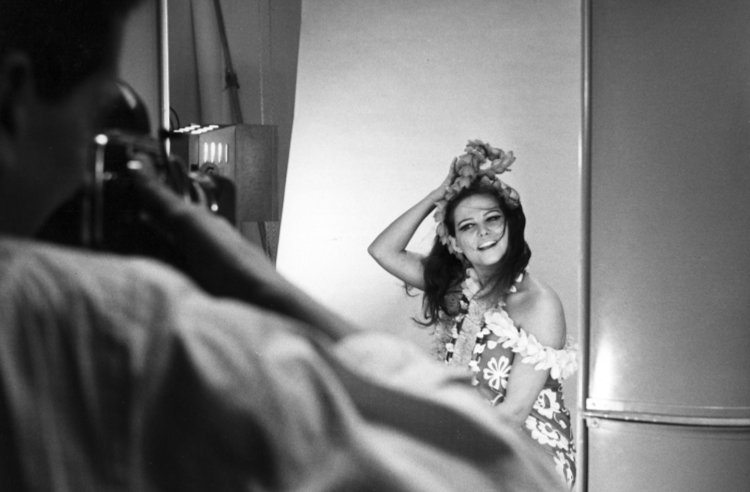 1967. A caption (translated from the original French) on the back of the print outlines what’s going on in Claudia’s life:

Claudia Cardinale has barely returned from America after completing her role in the film “The Professionals” with Burt Lancaster. She is due in Paris in a few days to make agreements with producer Marcel Pagnol about the film “The Baker’s Wife” alongside Zero Mostel. Meanwhile, Claudia is dubbing her film “A Rose for All” (with her in the photo is director Franco Rossi). She has also made a lot of purchases because she is finishing furnishing her new house on Via Flaminia.

It looks like La Femme du Boulanger didn’t go into production. According to IMDb, Franco Rossi’s film, A Rose for All (Una rosa per tutti), was released in the US in 1967 as Every Man’s Woman. There are agency stamps on the back of the print for Pierluigi, Marie Claire and APIS.