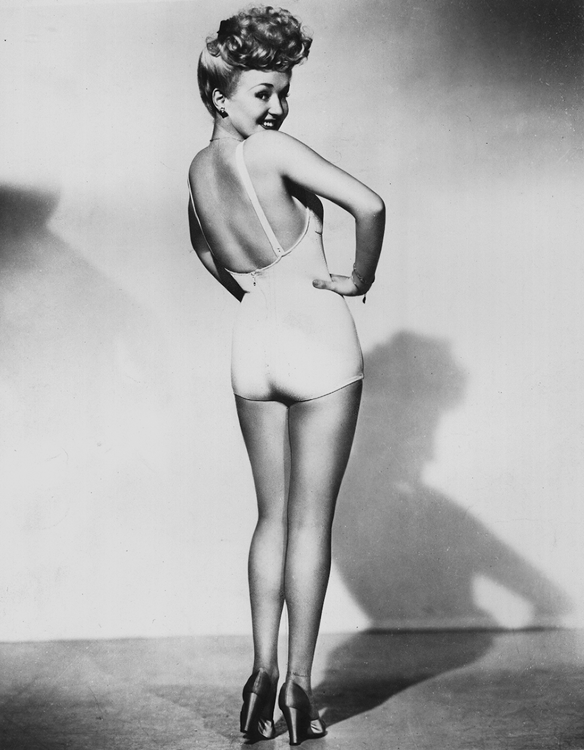 1943. During World War II, one in every five American servicemen own a copy of this picture of Betty Grable. This shot was, as LIFE magazine acknowledged, one of the photos that changed the world – not least because among those servicemen was Hugh Hefner, who would later cite it as his inspiration for Playboy.

In swimsuit and pumps, the actress smiles demurely and invitingly over her shoulder. The pose and the heels emphasize Betty’s shapely legs – the ideal, according to the era’s specialists, and worth comparing with those of Hazel Brooks, chosen by Alberto Vargas as inspiration for his painting of the perfect MGM glamour girl. Betty’s legs, famously, are insured with Lloyd’s of London by 20th Century Fox for US$1 million.