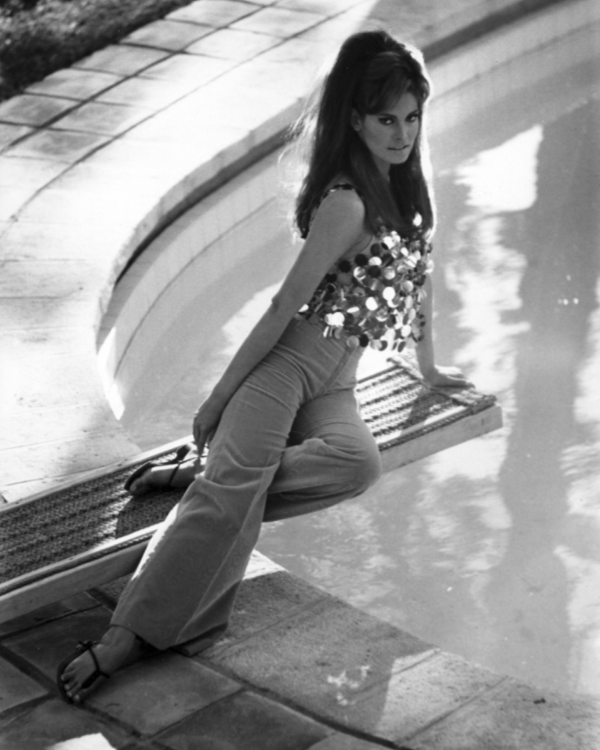 1967. Raquel Welch is also a front runner for the role of Domino but she’s lured away to star in Twentieth Century Fox’s sci-fi movie Fantastic Voyage (1966). Twentieth Century in their turn loan her out to Hammer Films for arguably the most iconic role of her career – the deerskin-bikini-clad Loana in One Million Years B.C. (1966).

This is a promotional shot for Fathom. It comes from the International Magazine Service archive and has a 2 February 1967 date stamp on the back.