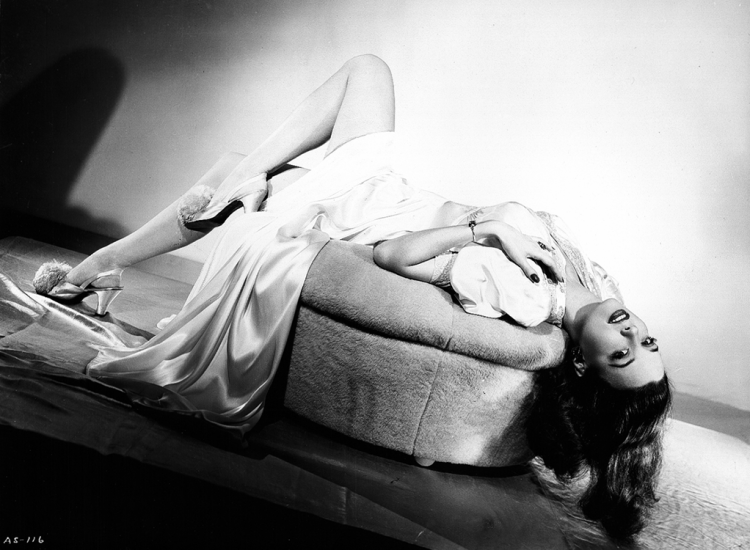 1945. Renee Godfrey drapes herself provocatively over an ottoman at the peak of her career in this publicity shot for Bedside Manner. You might not recognise her, but her contemporaries certainly do. As an advertisers’ and forces’ favourite she appears on posters for Coca Cola and magazine pages stuck to the walls of military barracks. She has been entertaining troops as part of a vaudeville act in which she plays the beautiful, leggy assistant to her husband, Peter Godfrey’s, amateur magician. Come the 1950s, she will turn her attention to bringing up her three children, making occasional guest appearances of TV shows. Age 44, she will succumb to cancer.