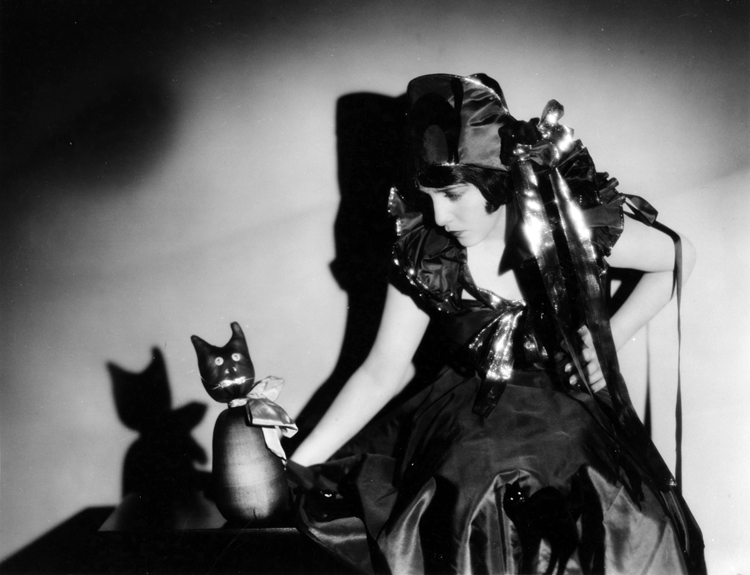 Around 1925. Bebe Daniels is one of the most popular stars of the silent era. Cecil B DeMille has pestered her into signing with Paramount Studios, who issued this photo and for whom she makes over 50 movies. She’s in her mid-20s when she poses for this shoot and will go on to transition successfully to the ‘talkies’. By the time she retires from movie-making, she will have over 230 movies to her credit.

According to IMDb, while Bebe Daniels was making a personal appearance at a Chicago hotel, several thousand dollars’ worth of jewelry was stolen from her hotel room. Gangster Al Capone, a longtime Daniels fan, heard about it and put out the word that whoever stole the jewelry had 24 hours to return it “or else.” The jewelry was returned the next day.