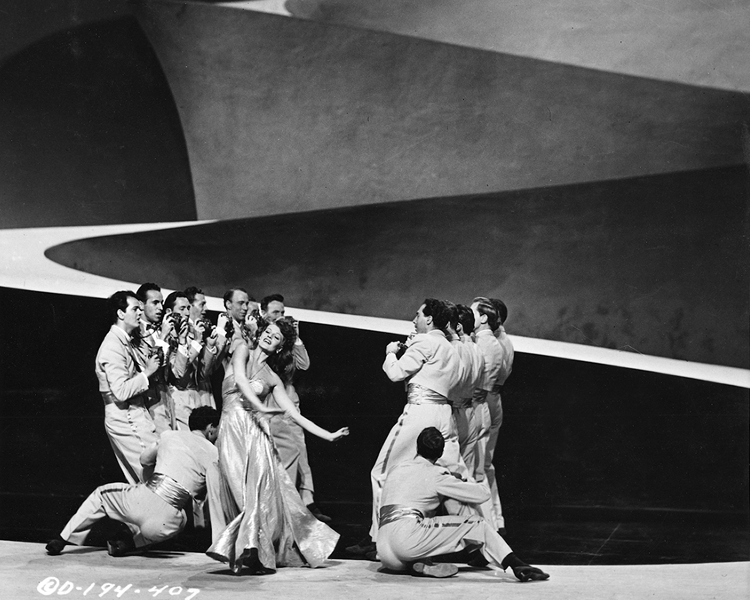 1943. In this ravishing fantasy sequence, Rita Hayworth appears at the top of a stylized Art Deco mountain down which she dances into the arms of her admiring photographers. The caption on the back of the photo reads:

HEAVENLY SIGHT – – Rita Hayworth dances down from a cloud, for a scene in Columbia’s Technicolor “Cover Girl,” to do a routine with corps of dancing cameramen, then go back up into her cloud again.