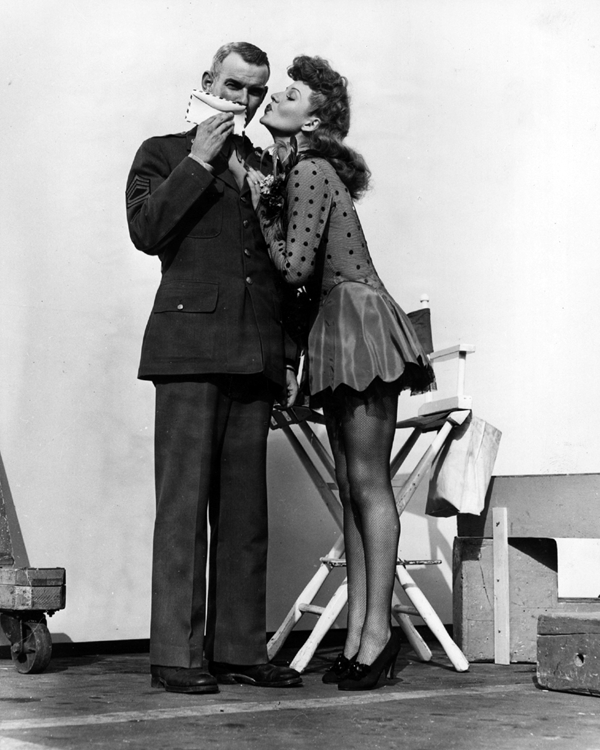 1943. Some people have all the luck. Rita Hayworth gives Tech Sergeant Gordon L Smith a peck on the cheek. A caption on the back of the photo explains:

HE WROTE RITA’S MILLIONTH FAN LETTER – Tech Sergeant Gordon L. Smith wrote the millionth fan letter Rita Hayworth has received in the course of her motion picture career, and was invited to spend a day with her on the set of “Cover Girl” at Columbia Studio. A three day pass got him to Hollywood and here is a picture to prove that he actually met the glamour girl.