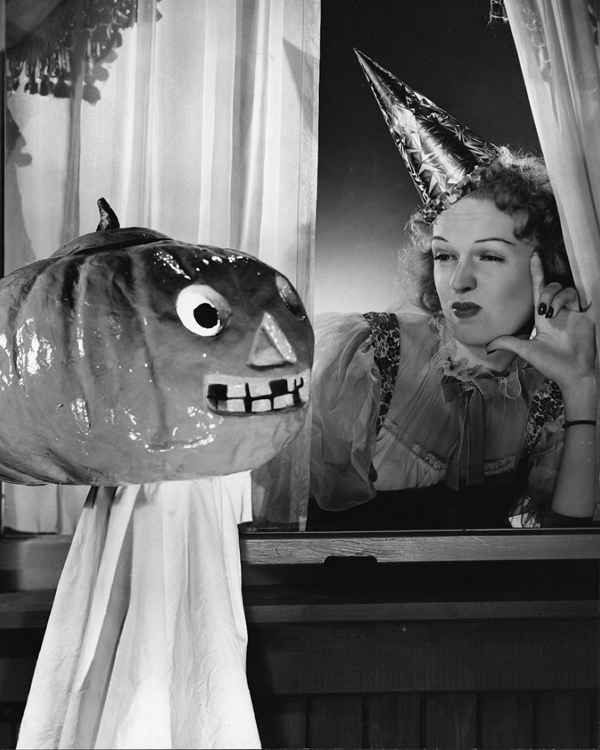 1938. Rita Johnson, at the start of her Hollywood career, fearlessly confronts Mr Pumpkin.

She will go on to star in a string of movies until, in 1948, a hair drier supposedly falls on her head. According to IMDb, a doctor is called for her and he notes that apart from her current injuries there are a number of old bruises on various parts of her body. Detectives investigating the injuries, however, report nothing to indicate it is anything other than an accident. Rumors persist but are never confirmed that Rita was romantically involved with a gangster who had beaten her. Previous beatings, it is alleged, caused the old bruises (shades of Lana Turner and Johnny Stompanato). Whatever the truth, a newspaper article three years afterward reports:

It took her a year to recover. Her left side was paralyzed temporarily, and for a while she couldn’t walk.

SO, YOU THINK YOU’RE TOUGH, says Rita Johnson, Metro-Goldwyn-Mayer actress, to her pumpkin-headed visitor, who shows up to help her celebrate Halloween.

You can find another photo of Rita, with a fuller and slightly different version of her story, in Movie Stars of the 1940s.