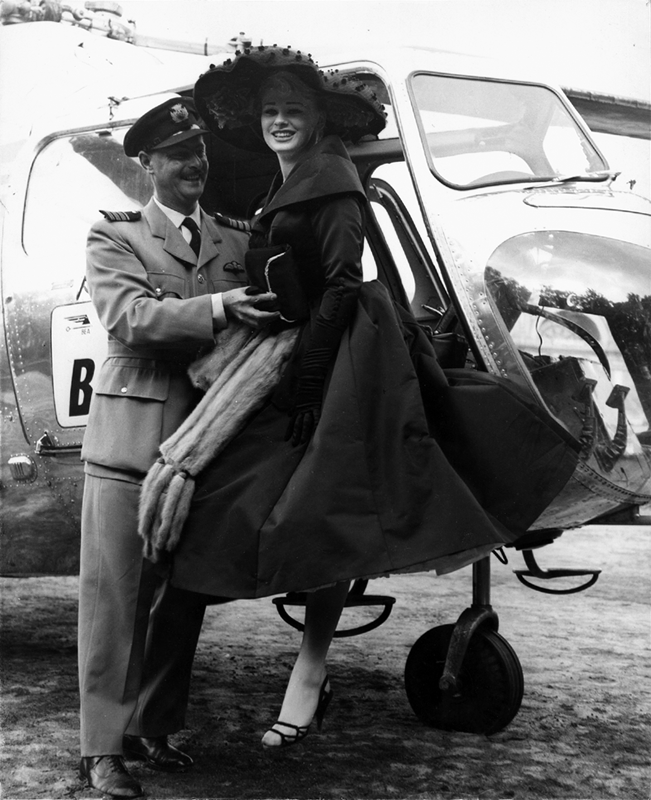 1958. And the lucky man gallantly helping her out at Alexandra Palace is Captain Dibb, a BEA helicopter pilot. According to the caption on the back of the photo they’ve flown from Chiswick – that’s less than 15 miles. Perhaps the traffic was bad that day. Perhaps Sabrina didn’t want to risk crushing and creasing her gorgeous hat and coat. Or perhaps it was just a great photo opportunity.

Alexandra Palace in North London, by the way, is where the BBC made its first public television transmissions. From 1936 until the early 1950s, except during World War II, it remained the major production centre for BBC television.