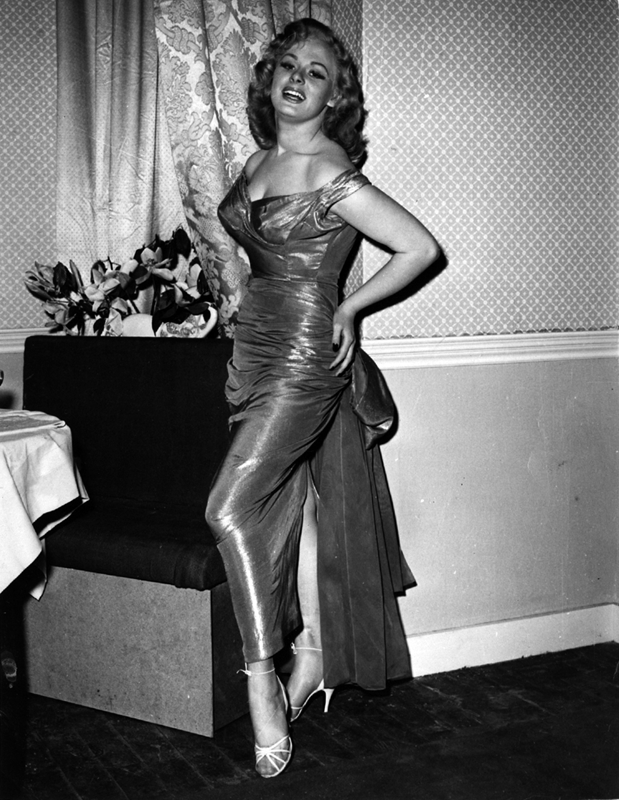 1956. Stock Car was Sabrina’s first movie and the dress she wears was clearly designed for maximum impact. Poor Sabrina was bitterly disappointed when she discovered her voice had been dubbed to turn her character, Trixie, into a Cockney sparra. The caption on the back of the photo reads: