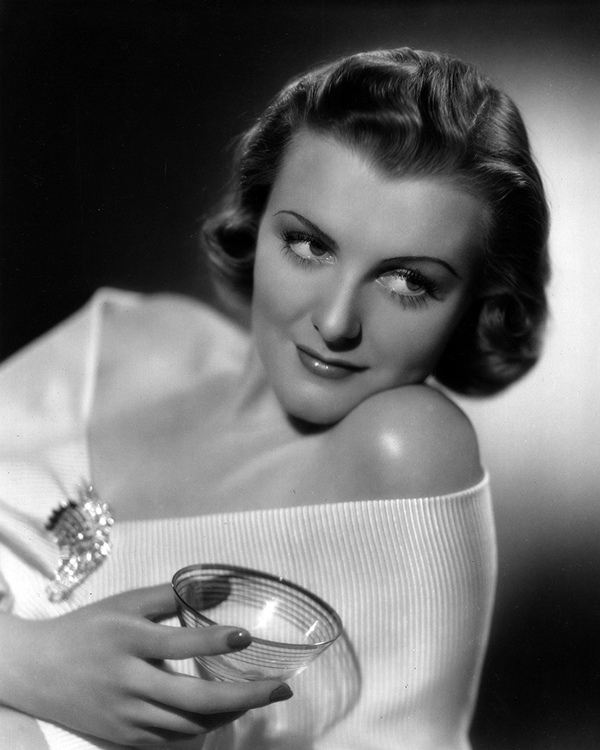 1938. Doris Nolan’s career as an actress oscillated between the stage and screen. Her most notable movie appearance was as Katharine Hepburn’s chic, high-society sister in Holiday (1938), which this photo was taken to promote. In 1943 she married Canadian actor Alexander Knox, who was soon blacklisted by the House Un-American Activities Committee. So the couple moved to England and Doris appeared in a few British films in the late 1960s before retiring to work for an art gallery. A caption on the back of the photo reads:

BEAUTIFUL AND CHARMING Doris Nolan has been signed by Columbia for a featured role in their forthcoming production “Holiday” in which Katharine Hepburn and Cary Grant are co-starred. George Cukor is the director.